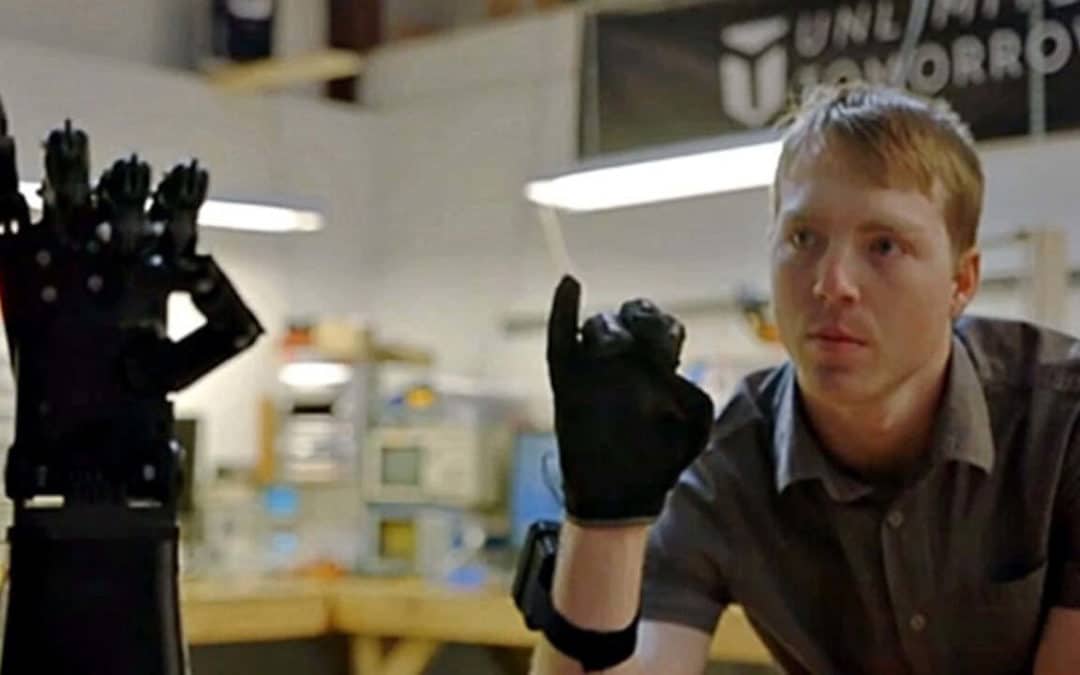 As many families and individuals have already realized, traditional prosthetic models are often very large and can be burdensome or inconvenient to use.  They are also typically very expensive, with a per device price-tag in the tens of thousands of dollars, sometimes even more.  Enter Easton LaChappelle, the founder of an organization called Unlimited Tomorrow, who at a very young age, saw a market that was ripe for innovation and disruption.  The idea to change the way the prosthetic industry makes devices that serve people in a more customized, technologically advanced and economical way came to Easton when he was just 14 years old and a competitor in a local robotics competition.  He encountered another young girl at the competition who was wearing a traditional prosthetic, and realized his robotic arm developed for the competition was more functional and advanced in capabilities than her $80,000 prosthetic.

Seven years after that meeting, prosthetic technology has advanced in ways that enable the future of medical devices to be more adaptable, customized and life-like than ever before. With the help of 3D printing, Easton sees a future full of assisting people reach their full potential with the use of the technologically modified and affordable prosthetics he envisioned.  As a part of our Corporate Social Responsibility Program, we are excited to be joining Easton and Unlimited Tomorrow on this journey, as he works to disrupt the current way artificial limbs are designed, created and manufactured. Learn more about Easton’s inspiring story and the ways he, and his company are trying to change the world.