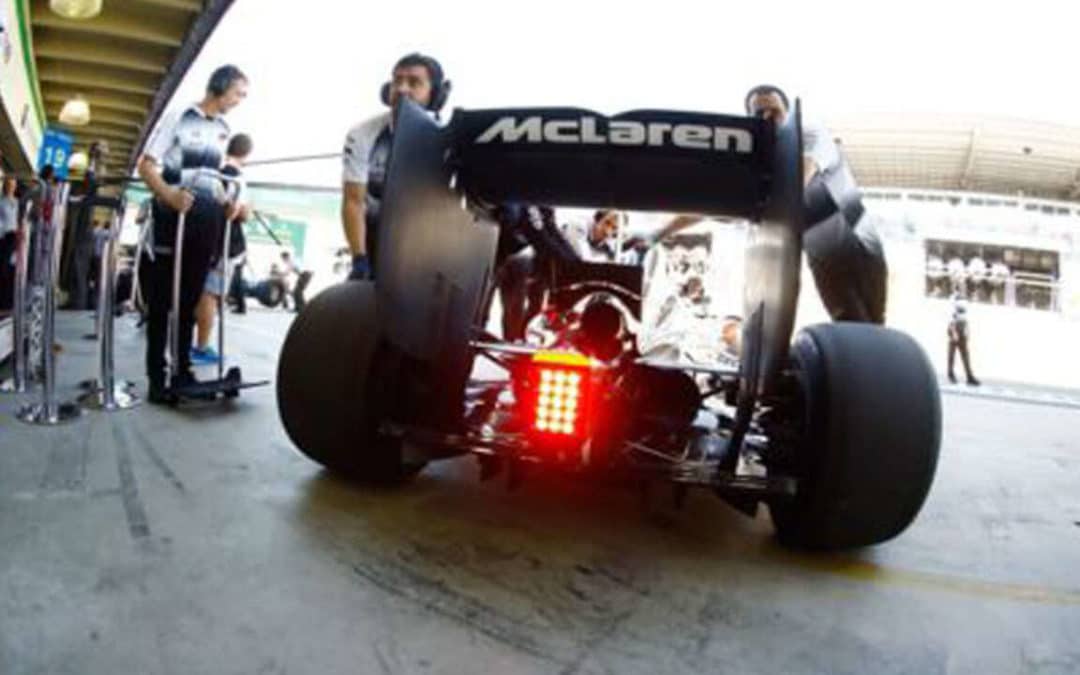 McLaren Racing will be receiving Stratasys’ latest FDM– and PolyJet-based 3D printing solutions and cutting-edge materials for visual and functional prototyping, production tooling including composite tooling, and customized production parts. This will enable accelerated delivery while increasing performance and productivity in McLaren’s design and manufacturing operations.

“The ability to rapidly model, build and evaluate new components is an invaluable asset for any fast-moving and dynamic racing organization. But our new partnership with Stratasys will not only increase our output in that area, but also allow us to dynamically explore and utilize the cutting edge of Stratasys’ new 3D printing innovations and solutions,” said Eric Boullier, racing director of McLaren Racing. “It has become clear that motorsport’s reliance on rapid prototyping and additive manufacturing, and the ability to radically cut time to market, is increasing, and we look to being well served by our new alliance with Stratasys.”

“We’re delighted to be working with such a restless, visionary and ambitious partner. McLaren Racing will be leveraging our nearly 30 years’ of 3D printing and additive manufacturing experience to stay at the forefront of motorsport technological development,” said Ilan Levin, CEO, Stratasys. “Stratasys will also gain invaluable feedback and insights from working with ultra-high performance automotive applications, which we can then apply to our mainstream automotive and aerospace customers. Equally, McLaren Racing will benefit from the superior productivity, engineering precision and wide gamut of materials that come with our 3D printing solutions. We look forward to developing a very close working relationship with McLaren, particularly between our respective application and engineering teams.”

“We’ve already established an extremely close and fruitful relationship with the team at Stratasys, and I’m personally looking forward to expanding that relationship in the future. Stratasys’ expertise in the rapid tooling and manufacturing arena is second to none, and we firmly believe that we can forge a partnership that will prove extremely valuable to both of us,” said John Cooper, commercial and finance director of McLaren Racing.

New Zealand racing driver Bruce McLaren founded the McLaren team in 1963. At Monaco in 2016, McLaren celebrated 50 years of racing in Formula 1. Since 1966, when it entered its first Formula 1 race, McLaren has won 20 world championships and over 180 grands prix. It is now globally renowned as one of sport’s most successful competitors and as one of the world’s most illustrious high-technology brands.

The McLaren Technology Group has grown to encompass much more than just grand prix racing: McLaren produced the 1990s’ original supercar, the McLaren F1, and, with the launch of McLaren Automotive, has gone on to introduce a series of high-performance cars, including the ground-breaking McLaren P1™.