Hailey Dawson Learns About the Technology Behind Her Hand 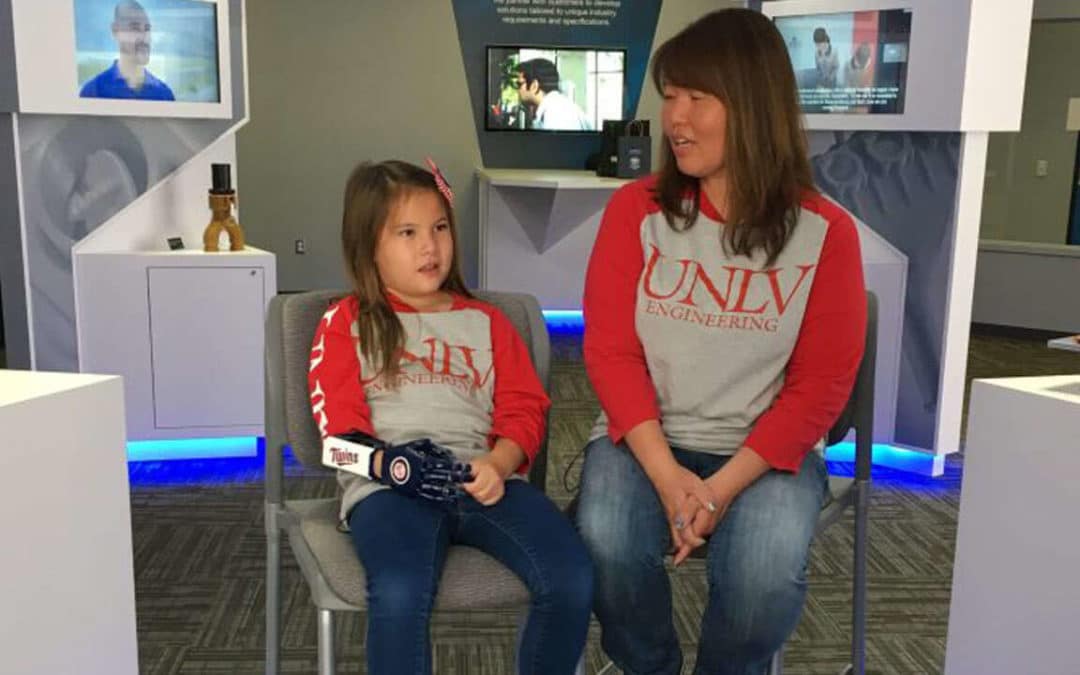 Hailey Dawson, the eight-year-old sensation from Nevada, is in many ways your typical third grader. She wants to be an actress when she grows up and enjoys swimming, drawing, and of course flossing (a popular new dance move). In other ways, Hailey is not your average third grader. Hailey has always had a dream to throw out the first pitch for every Major League Baseball team. With help from her parents, Stratasys and the University of Nevada, Las Vegas, Hailey’s dreams are coming true. As a part of our Corporate Social Responsibility Program, we are excited to be joining the UNLV team to help create a customized prosthetic hand that Hailey could use to throw a baseball. And thanks to United Airlines and all 30 MLB teams, Hailey is on her way to pitch from coast to coast.

When Hailey was in Minneapolis to throw the first pitch of the Minnesota Twins game she and her mother stopped in at to our offices in Eden Prairie to learn more about the technology that produced her hand. After being interviewed by the local news, Hailey and her mother toured the Stratasys facility to check out some of the 3D printers and awesome products they have made, se even got to press start on a J750 printer. We are excited for Hailey to continue on her #journeyto30.