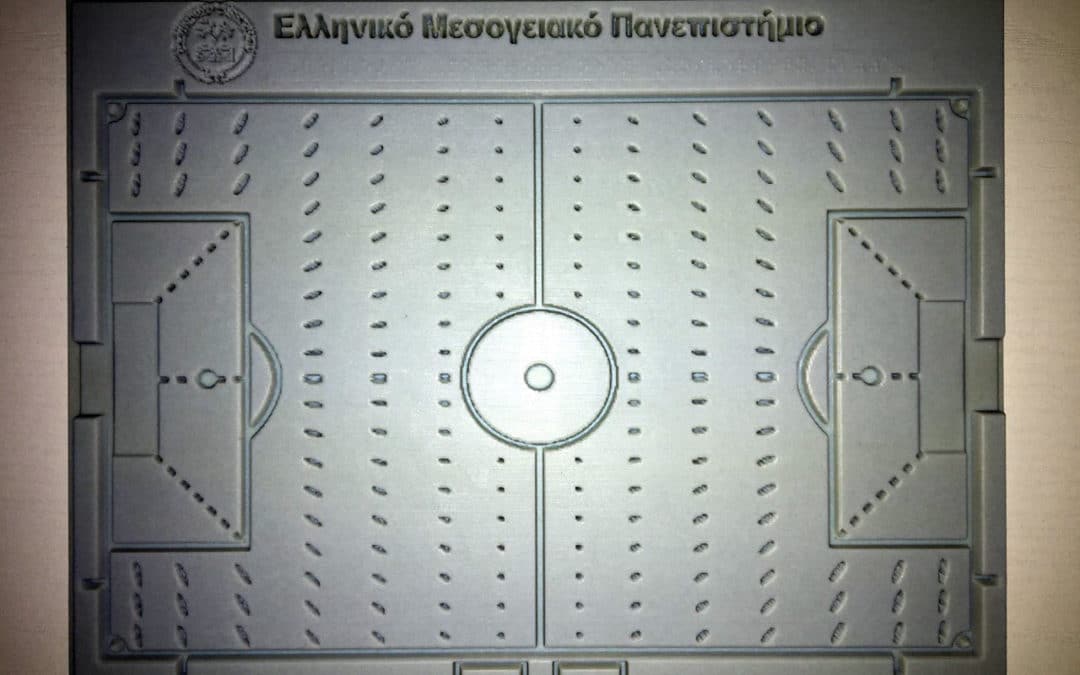 Manolis Maravelakis is the man who created the pioneering method that allows blind people to “watch” matches.
This is the first model of the ongoing research of the Hellenic Mediterranean University by Associate Professor Manolis Maravelakis, in collaboration with the lawyer Takis Alexandrakis.
The idea was started by the lawyer, Mr. Alexandrakis, who lost his eyesight at an early age.

It is a three-dimensional, embossed tablet showing the topography of the stadium. The fan can “walk” with his fingers and, in combination with the description of the stages of the match by the person next to him, but also the acoustic stimuli he receives from the vibrations and pulse of the court, can follow the match more ‘alive’, Mr Maravelakis says. 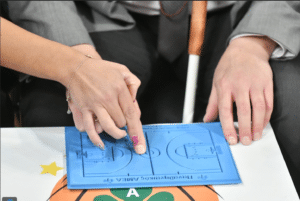 Mr. Alexandrakis was blinded along the way. So he had memories. The point is this project is to help people who are blind by birth and here is the big challenge. Because these people don’t know, for example, what exactly a stadium is, which are the stands, the players, the benches. They haven’t seen anything to have memories of. 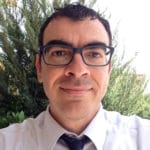 The Associate Professor of the Hellenic Mediterranean University, Head of the Design and Crafts Workshop, Mr. Manolis Maravelakis, designed a tactile representation of a basketball court, a 3D model that can be used by blind fans during the match.
To date, two trials have been considered to be particularly successful, in collaboration with Mr. Takis Alexandrakis, Panathinaikos with Disabilities and the Sparta TechLab Public Library.
The first application was on Sunday, October 27 in the Panathinaikos – PASKA match, followed by the Panathinaikos with Anadolu Efes on October 31.
“It is a relatively simple idea to implement, but it has had a major impact on people with visual impairments, such as Mr. Alexandrakis, whom I have known for many years,” says Maravelakis.
The two tests were carried out by the lawyer, Mr. Alexandrakis, who said he lived the race at 85%. He lost his sight at the age of 15, so he had a picture of what a basketball court is.
“Our future goals are to evolve and improve the existing model, to specialize in blind sportsmanship but also to apply it to another sports,” says Maravelakis.

Football is a bigger challenge in creating a three-dimensional model because there is a big gap between the center line and the big area line and the user needs to understand exactly what area of ​​the stadium is located, this area should not be uniform. However, a first model, in its testing phase, has already been printed by 4th Dimension Technologies using the Connex3 Objet500 system by Stratasys. At the football pitch, special relief points have been created so that the interested person can understand which direction the goal is and how close the player is to the area or not. Hopefully, we will overcome any obstacles in the near future, and work towards evolving and improving the experience of sports by with visual impairments.