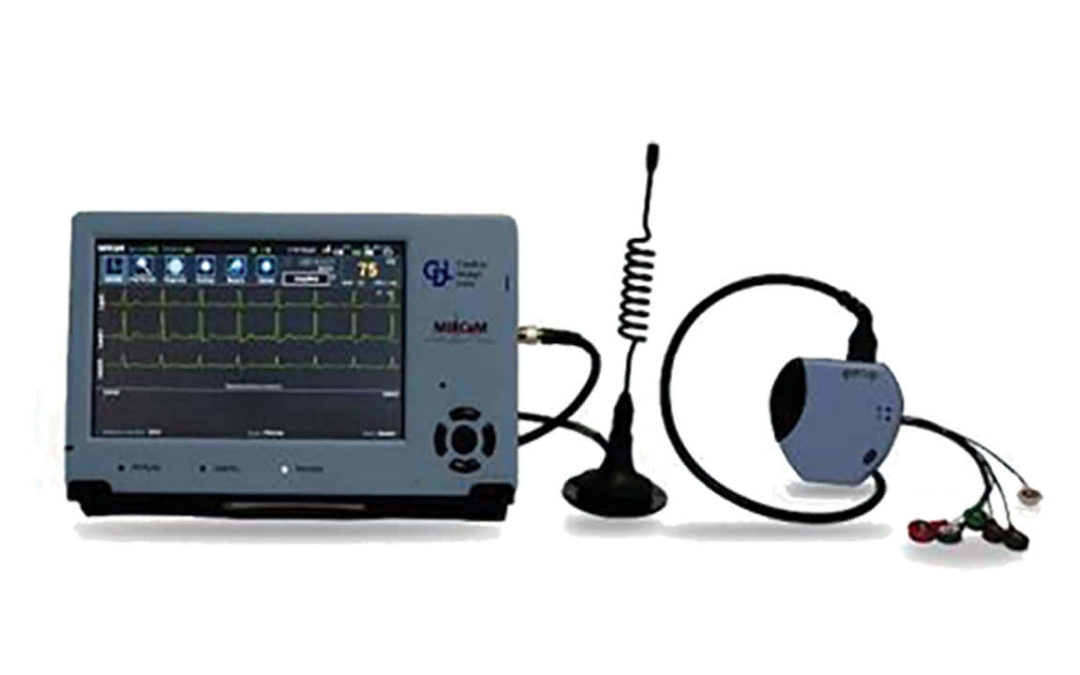 In India, around 26 percent of deaths are caused by cardiac diseases such as heart attacks, and the number of cardiac patients is estimated to reach 64 million in 2015. India has fewer than 4,000 cardiologists and fully equipped hospitals are scattered, so access to critical care is limited for 70 percent of the Indian population living in rural areas and smaller towns. Cardiac monitoring devices are not affordable to most cardiovascular patients.

Anand Madanagopal, founder of Cardiac Design Labs (CDL), believed that affordable health care should be within reach for all people in India and that innovation could help treat cardiovascular diseases. In 2012, Madanagopal started CDL with a team of multi disciplinary specialists, hoping to provide suburban and rural patients with monitoring of heart conditions at a reasonable price. This effort developed into the company’s MIRCaM (Mobile Intelligent Remote Cardiac Monitor).
MIRCaM was designed as an ambulatory cardiac monitoring and diagnosis system capable of detecting cardiac conditions and alerting cardiologists in times of emergency. A MIRCaM must fit into clinic setup where it can be used as a scanning tool to closely monitor a patient’s well-being.

The system comprises a wearable unit and a base unit. The wearable unit houses multiple electrodes to pick up ECG (electrocardiography) signals from the patient. It was imperative that the unit was small and its material was lightweight for patients to comfortably wear long-term. The base unit receiving the transmission had to be robust while allowing real-time monitoring and diagnosis. The casings for the wearable unit needed to be of high quality as specified by the ISO.

CDL first outsourced the production of casing prototypes to a service bureau, which used another 3D printing technology. The quality of those prototypes was substandard, brittle and prone to breakage after trial productions, as the material was not durable enough to withstand functional testing.

“Our engineers and designers had to rely on their experience to design and visualize the devices. Also, outsourcing the production of the system wasted significant time and resources on logistics and communications for each iteration,” said Madanagopal.

Building Accurate Prototypes for Functional Tests
CDL then switched to the Fortus 250mc 3D Printer and ABSplus thermoplastic to prototype the system casings. Stratasys 3D printing helped Madanagopal arrive at an optimized design more quickly than CDL expected. The printed models were so precise that engineers could perform functional testing on the living hinges and snap-fit closures.

“Accuracy is definitely the strongest advantage of the Fortus system,” says Madanagopal. “3D printing enables us to experiment with different designs, perform functional tests and drastically shorten the iteration cycles. We can now produce the casings in a few days, accelerating time to market.”

3D printing was instrumental in identifying design flaws and verifying all functionalities for designers and engineers at CDL. It would have been disastrous if the team identified errors such as signal interference only after the design left for production.

Great Innovation Pays Off
Once the design was finalized, fitting all the electronic and transmission components into the casings was easy. The functional prototypes could also act as beta products – they have been used on voluntary subjects to help improve minor cardiac signal glitches.

3D printing also helped the lab secure necessary funding to commercialize the cardiac care system. As a startup enterprise, CDL’s innovation received initial grant from the Department of Scientific and Industrial Research of the India government in 2013.

“It could have taken us several months to come up with the present design, let alone a presentable version to concerned stake holders,” remarked Madanagopal. “3D printing has accelerated the development plan of MIRCaM. We are now excited to mass produce the system and have them widely implemented at more local hospitals. We hope more patients can benefit from more accessible medical care.”